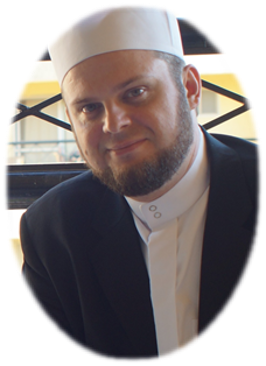 Sheikh Chad Earl grew up in Indiana and accepted Islam when he was 15 years old. He has been seeking knowledge since this early age which took him to Egypt in 2005 to learn Arabic and Islamic Studies. After completing the requirements, he was accepted into Al-Azhar to graduate with its high school diploma in 2012 that qualified him to join the College of Islamic and Arabic Studies, Al-Azhar University. He graduated with a degree in Islamic and Arabic Studies in 2018. He also sat for Independent Studies with scholars in Egypt in various Islamic topics such as memorization, Tajweed, Fiqh, Tafseer and Hadith. He helped with successfully launching an online Arabic program based in Cairo, Egypt. He worked as a writer, editor and translator with the Egyptian House of Fatwa (Dar Al-Iftaa), Al-Azhar. He has given talks, and Friday and Eid sermons at various places including Indiana, Ohio, Illinois, Texas, California, New York, and Minnesota. He recently completed training in Family Counseling from the Islamic Seminary of America. Sheikh Chad joined ICM in Ramadan of 2019. To contact Sh.Chad Earl, please email him at: imam.chad@icomd.org or call him at: (240)912-4736 Ext:3 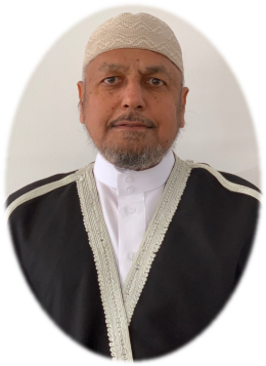 Imam Jamil Dasti memorized the Quran and obtained Ijaza from famous qurra at the age of 10. He completed an 8-year Alim course that included Tafseer, Hadith, and Usul al Fiqh. He has received training in ‘Beyond psychological debriefing, defusing’, ‘Organizational crisis management’, ‘Critical incident stress and trauma at workplace’, and ‘Mediations, conflict resolution and domestic violence’. He is an authorized marriage officiant in Maryland, Virginia and Washington D.C. Imam Jamil holds a Masters in economics. He served as Imam at Muslim Community Center (MCC), Silver Spring, Maryland from 1985 to 1996. To contact Imam Jamil Dasti, please email him at: imam.jamil@icomd.org or call him at: (240)-912-4736 Ext:2